Tying the knot is always special for everyone whether it is about any celebrity as well. As we shared recently several celebrities including cricketers, television and Bollywood artists are getting married this season, one more celebrity has joined them. Well, it is dimple girl and pretty woman of the Bollywood, Preity Zinta, who secretly tied the knot with her boyfriend Gene Goodenough. She has not confirmed this news officially, but some other celebrities confirmed this wedding by wishing her on the Twitter handle. These include Sushmita Sen, Farah Khan, Kabeer Bedi, and others. 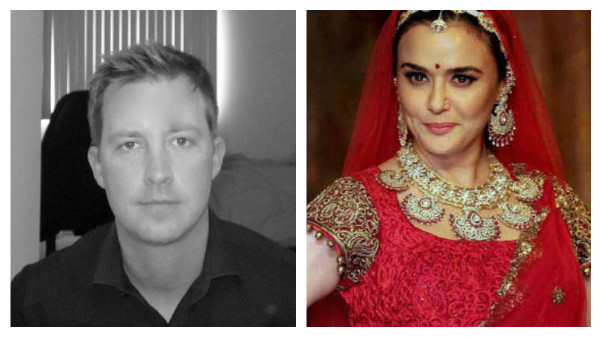 Preity was dating Gene from a long time and rumors about their wedding were spread all around as well. According to some sources, she finally got married on 28th February 2016 secretly in a private ceremony at Los Angeles. Gene Goodenough, the groom also belongs to Los Angeles. He is a top shot financial consultant, appointed as senior vice president of finance in a US-based company NLine Energy.

They first met in Los Angeles where Preity use to visit regularly to meet her niece and nephew. Gene also helped her get over ex-flame Ness Wadia and was an eye witness in the molestation case against him. They both got married in the presence of some very close friends and relatives only according to the sources.

Other than this, it is also in news that Preity is going to marry Gene again in April according to Indian traditions and auction the pictures for charity. People seem to be waiting for the moment for sure, so we are.

We wish Mr. And Mrs. Goodenough lots of luck and wish Good Enough to keep them happy forever.

Wedding is the most special moment for everyone, which people want to memorize forever. No one leaves any stone unturned to bring perfection in their ceremony. Everyone loves Inviting friends, family, and other guests to share the moment... Continue →